GRUBER: “Lack of transparency is a huge political advantage.” 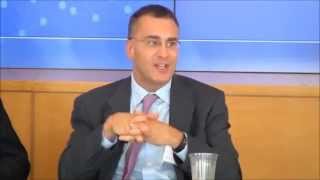